What Gets Folks Going

How does it happen that a founding group first gets going? There must be at least one person who has thought long and hard about wanting something very different in education. Founders often have come to some conclusions about what it is they want -- perhaps from exposure to SVS literature; from having read Summerhill, John Holt, or other books about alternative education; from unhappy personal experiences with education, either as a student or as a teacher; or from general philosophical considerations about child development. They may have had childhood dreams about a better way to spend one's days than going to a traditional school, or have children who are uncomfortable in schools they attend now. Sometimes they are home-schoolers (or home-"unschoolers") who are looking for broader social and intellectual exposure for their children. Usually they are compassionate and sensitive people who wish to provide a more wholesome environment for children than that generally available today.

In fact, a great many people fit this general description of a founder, but only a very small number actually go on to start schools. Besides the motivation, there have to be catalytic events in their personal lives that push them towards thinking about starting a school themselves, and in particular (as it applies to our topic) about starting a Sudbury school. For example:

Generally the very beginnings of these groups involve only one or two (in one case, three) people; we will call these people the "ur-founders". It is the task of these people to find others who are willing to participate with them in the work of founding a school. The act of seeking those other participants is in fact the first concrete step towards founding a school.

How Founder Groups Get Formed

The first step is for the ur-founder(s) to network among friends, family and acquaintances in the hopes of finding other people that are enthusiastic about the ideas:

I talked to probably three of my colleagues actively, about what I had seen and heard from Sudbury. I might have talked with friends from high school, and I talked to my family.

We started talking to everybody we knew, and spread the word that way. That's how we got started. It's a very interesting concept, and some people do kind of want to talk about it. So it got spread. It took a while, but then the phone started ringing, and people whom neither my wife nor I had talked to started calling about the school. It was a big milestone when that happened.

Our girls were in a play group already, so there were some people who were interested enough in education to do something different. We thought they might have a 'Eureka' thing like we did. So we got together with some friends and families that we were used to being with, families that had little ones too.

This phase can take anywhere from a few weeks to a year. Indeed, looking for other founders among acquaintances may or may not be fruitful, and inevitably is followed by "coming out": using public avenues to find others. The variety of such public avenues is enormous, and relates in each case to the interests and talents of the ur-founders. One relatively common method is posting flyers for some sort of meeting in public places and/or mass-mailing flyers to some sort of list.

I put these two page things everywhere and I would get phone calls. We also had them in our office. I don't think I got anybody involved that wasn't off the flyer initially.

I was sending out little brochures and putting in little ads [everywhere]. I had been involved in the voucher movement and the Libertarian Party. I started holding meetings in my house. I sent out postcards to everybody who I had previously sent brochures to.

I made up flyers, got them around town for a couple weeks, posted them, talked to people and handed them out. Talked to all my friends, 'Can you pass it on to somebody else who might be interested?' and so on. The first meeting was in a municipal building, in a hall.

Our neighbor had the mailing list from a food co-op she had in her house. There was also a home-school mailing list that we got hold of. And then we started creating one of our own. We put all these together — over 300 names — and then we sent out a cover letter with a school proposal (a one sheet thing) of what we wanted to do, and announced four public meeting dates.

My friend came over to my house and we started making phone calls. Within a few weeks we had a list of a couple of hundred people who we were contacting and we got the ball rolling right away. Like horses at the race track, just leaping out of their little thing. Going as fast we could.

One rather unusual method of spreading the word resulted in adding two founding families to a group:

The person who was taking care of my son slipped an article from Mothering in my diaper bag one day. She said, "I slipped in an article about a school. There's a woman here in town that is starting a school based on this philosophy." I said, "Yeah, okay" and semi-ignored it, but then that night after getting everybody to bed, I read it. It rang so true, it just hit me in the heart.

The purpose of going public is to establish a broad-based founders' group. The mechanism is almost always through a series of meetings of one sort or another: social gatherings, discussions about education, lectures, showings of videos. At each of these meetings appeals are made to individual attendees who might be interested in working seriously towards founding a school.

The frequency of these meetings can vary from weekly to monthly to erratically, often depending on the particular stage of development of the group. Sometimes a meeting is held and no one new comes, which can be very discouraging. The key to success seems to be persistence. Sometimes the beginnings can be especially difficult.

If they'd had ripe tomatoes, they would have thrown them at me. Three adults and three kids came to my first meeting at one of our branch libraries. I showed the "Intro to Sudbury Valley" video, plus the BBC segment of "Sudbury on TV". That's what got 'em riled. The fact smoking was allowed. Plus the F-word (bleeped out). One woman who was there with her 10-year-old daughter said she was "horrified" and she would never send her daughter to such a school. (The reasons this woman came: she'd seen my letter to the editor, the school sounded like Montessori where she teaches and she thought she was coming to hear another person with the same name as mine, a paraplegic (some local kid I'd never heard of who graduated from high school after accomplishing great things despite his handicaps). The second woman was offended by Danny's comment that kids deserve to be treated with the same respect as adults ("kidsare different than adults" she said, and what if they wanted to bring a gun to school, or have sex, or take drugs? I told her no illegal activities are allowed, but that didn't calm her.) The third woman had studied and supported Summerhill and so she spent the rest of the time arguing with the other two. It was not a sterling beginning. But it was a beginning.

My first thought: I should not have shown the BBC video. On second thought, maybe I should always show it. Won't that separate the wheat from the chaff very quickly, and save everybody a lot of time? If they're going to get sidetracked or put off by that few seconds of the video, by the smoking issue, I figure they'd never be able to support lots of the other key parts of the SVS philosophy. But maybe I'm wrong. I think you have to be 18 to buy cigarettes in Florida, which I gather is not true in Massachusetts, so maybe I should've talked about smoking from the legal angle, and reminded them Massachusetts has different laws, and that rules are passed by School Meeting, so if smoking were legal and you were against it, you would get to have your say.

The most discouraging thing was the poor turnout. Seems few people respond to fliers and even fewer to letters to the editor calling for a new school. On a brighter note, one of the kids was a 12-year-old boy who had been in my son's fifth-grade class when he was still in public school. The kid just happened to be at the library, working as a volunteer. He asked me what my meeting was about. I explained very briefly the school's philosophy and he immediately went to the phone to call his mother to see if she could attend the meeting. She couldn't. But he sat through the video and all the heated discussions. I gave him a copy of the Learning Without Coercion article. Everything he heard about SVS struck a strong chord. It gave me hope.

At some point the public meetings are continued as avenues for widening exposure to the school's ideas and eventually getting supporters, students and also staff members. Meanwhile the founders coalesce into a working group to which people are added (often as result of attending informational public meetings) and from which people drop out as they realize they are either not interested in doing the work or cannot support the ideas.

We had an informational meeting once a month to introduce new people to the idea, showing a videotape, talking, having refreshments. We had founders' group meetings every two weeks. We started off with about a dozen people. The second meeting had a different dozen. By the third founders' group meeting, we had four people, and we stayed at four for months.

In order to actually get a school going, it seems that the ur-founders have to supplement their number with at least half a dozen or so others. However, it is not realistic to think that the work will be shared equally among these founders. Usually the ur-founders end up doing the lion's share of the work; occasionally they are lucky enough to find another one or two people as committed as they are.

A Summary of the Experiences of Fifteen Start-up Groups

This is a basic introduction to the complex process of starting a school. It analyzes various steps that founding groups have taken to get their schools off the ground and allow them to thrive in the early years. Included are dozens of stories describing triumphs and pitfalls encountered along the way.

“We started talking to everybody we knew, and spread the word that way. That’s how we got started. It’s a very interesting concept, and some people do kind of want to talk about it. So it got spread. It took a while, but then the phone started ringing, and people whom neither my wife nor I had talked to started calling about the school. It was a big milestone when that happened.” 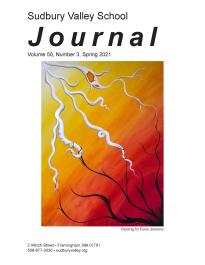 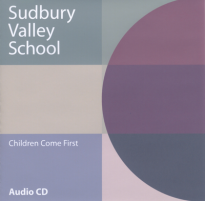 A radio interview of Mimsy Sadofsky about Sudbury Valley. more» 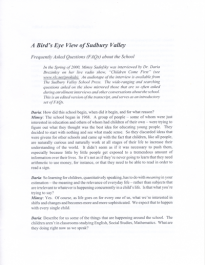 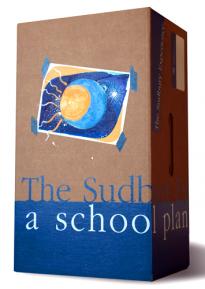